In the Wrestling Ring with the WWF Trademark

For many young kids, watching heroes like Hulk Hogan, the Undertaker and Randy Savage take each other on in the ring was a favorite pastime. Cheering on the antics of these wrestlers was accompanied by that famous chicken scratch WWF logo. Then, one day, the logo and name disappeared. There was no more World Wrestling Federation, and WWF stood for something else; it meant World Wildlife Fund instead. This is the story of a trademark war that put a major entertainment brand into submission.

In 1961, the World Wildlife Fund was founded as a charity dedicated to conserving the world’s wildlife. Founded in Switzerland, the fund supported charities across the world that followed its mission. While internationally it is known as the World Wildlife Fund for Nature, in Canada and the United States, it is still referred to by its name and acronym, WWF.

Meanwhile, the wrestling company once known as the World Wrestling Federation was in fact part of an organization called Capitol Wrestling Corporation, later bought by Titan Sports, and operated under the name World Wide Wrestling Federation, or WWWF. It was only in 1979 that they dropped the “Wide” from their name, becoming the WWF.

Two organizations using the same acronym? This has all the ingredients for a major trademark conflict between the two organizations, with the wrestling promoter in the weaker position. For the World Wildlife Fund, with its adorable panda bear logo, the wrestling promoter’s raw, bad boy persona was not something they wanted their trademark associated with. They took the World Wrestling Federation to court in 1994 in a battle over who would get to use the WWF acronym.

Here’s the surprise though: the wildlife charity actually decided to play nice, and made an agreement that would allow the wrestling promoter to continue to use the name World Wrestling Federation and the current WWF logo as long as they minimized usage of the WWF acronym! Thus, they gave their opponent an opportunity to rebrand.

In an act of bravado befitting of the wrestling ring, the wrestling company defied the agreement and continued to use the trademarked acronym, even creating a new logo which incorporated it. This is where they really got into trouble. In 2002, the World Wildlife Fund brought them to court in the United Kingdom, alleging that they had broken their 1994 agreement.

Not surprisingly, the wrestling promoter lost, and was forced to fully change the name of the company. What was once the World Wrestling Federation became today’s World Wrestling Entertainment (WWE). The new chicken scratch logo was not only forbidden for them to use from then on, but the company essentially had to erase the logo from all of their materials in order to avoid trademark infringement. Old videos and promotional material had to have the logo blurred out. In an extreme example of losing a trademark battle, the loser lost one of, if not the most, important elements of its brand: their name. Even today, hurt fans grumble about having to call their beloved entertainment WWE.

Meanwhile, the World Wildlife Fund, by defending its trademark and putting the WWE into submission, can enjoy its trademark battle victory, knowing that nobody is going to try to steal its thunder again. 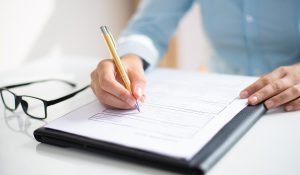 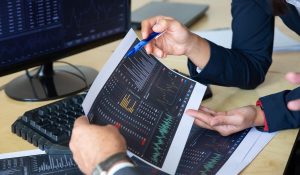 What is a “patent cliff?” A “Patent cliff” is the sharp share price or revenue