Getting the Most from Medical-Use Claims in Australia

Australia stands apart from many other key jurisdictions in allowing first and second medical use claims drafted as “method of medical treatment” or “Swiss-form” claims. In this article, Sarah Hennebry from FPA Patent Attorneys, explains the value of these claim formats in Australia and why patent applicants should pursue both claim formats in their Australian patent applications.

Australia is one of the few jurisdictions that allows claims directed to “first medical use” as well as “second medical use” claims. Although it had long been the practice of the Australian Patent Office to allow such claims, a practice endorsed in a number of Federal Court decisions, it was not until 2013 that the eligibility of method of treatment claims was specifically considered by the Australian High Court in 2013. The decision confirmed that methods of treatment requiring administration of a therapeutic agent are eligible for patent protection in Australia.

The Australian law on contributory infringement and the application of that law by the Australian courts (perhaps more so than other jurisdictions) has typically been favourable to patentees whose only practical course of action is to sue the supplier or third party who facilitates the infringing act by the ultimate consumer.

Claims of this format have been enforced in Australia in numerous instances and such claims have therefore been demonstrated to provide significant value to Australian patentees.

Attorneys commonly use the term “Swiss-form” to refer to claims having the structure: “use of compound [X] in the manufacture of a medicament for the treatment of [Y]”.

Swiss-form claims were developed in countries that do not permit claims directed to methods of medical treatment, but which nonetheless recognised the value of incentivising innovation and protection for new therapeutic uses of known substances. The Swiss-form claim was intended to be directly infringed by a manufacturer of the medicine but not a doctor administering the treatment.

Although both method of treatment and Swiss-form claims have historically been permitted by the Australian Patent Office, many questioned whether the inclusion of the two formats might lead to ambiguity in the claims and the potential for alternative constructions. Moreover, given the provisions for contributory (indirect) infringement actions under Australian patent law, many practitioners previously considered that there was no specific need for Swiss-form claims in an Australian application.

It was not until 2015 that the Australian courts were required to directly consider the scope of Swiss-form claims and provide clarity on the circumstances in which such claims could be infringed. The courts’ findings across several decisions in recent years, have highlighted the additional protection that such claims can provide for patentees in Australia.

Indeed, the scope for enforcement of Swiss-form claims may be broader in Australia than for method of medical treatment claims.

Moreover, inclusion of Swiss-form claims permits reliance on direct infringement which avoids some of the difficulties with meeting the evidentiary burden required to establish contributory infringement.

Examples from the Australian courts

The following high profile examples demonstrate the value that both method of treatment and Swiss-form claims can provide to patentees in Australia:

Dating back to more than 20 years ago, the “Taxol” decision is an important example of the ability to enforce a method treatment claim by relying on Australia’s contributory infringement provisions. The Court concluded that infringement was established, both in relation to Taxol supplied with the product information guide with instructions consistent with the claimed use and to that supplied for the purposes of the clinical trials. While the infringement outcome was moot in light of the invalidity of the claims, the case set an important precedent for originators. In that context, their Honours held there had been infringement by the supplier.

The same principles have also been applied in the context of method of treatment claims comprising administration of a biologic drug. Roche has previously successfully asserted its method of treatment claims directed to therapeutic uses of a monoclonal antibody product Rituximab. More specifically, Roche was granted an interlocutory injunction against Sandoz following the listing of Sandoz’s competitor product on the Pharmaceutical Benefits Scheme (PBS).

A prime example of the value of the Swiss-form claim was seen in a decision relating to Warner-Lambert’s patent for the use of the drug Pregabalin.

Critically, in the same decision the Court granted an injunction against a competitor on the basis that an offer to supply a pharmaceutical product would likely constitute an infringement of a Swiss-form claim directed to the use of the product in a method of manufacture.

This finding in particular highlights the circumstances in which a Swiss-form claim can provide protection for a patentee that is not provided by the corresponding method of treatment claim.

The Federal Court of Australia has also considered whether importation into Australia of an infringing product (even if manufactured outside Australia), could result in infringement of a Swiss-form claim. The Court concluded that such importation would constitute an infringement of a Swiss-form claim, an important finding given the large number of pharmaceutical products imported into Australia.

Decisions from Australian courts establish that both claims to methods of medical treatment and in Swiss-form can be validly enforced and provide differing scope of protection for patentees.

Recent decisions clearly highlight the value of Swiss-form claims in Australia and the protection afforded by such claims which may not be provided by the corresponding method of medical treatment claims.

Critically, patent applicants filing in Australia should give careful consideration to including both claim formats in their patent applications which are, in our opinion, essential for robust patent protection. 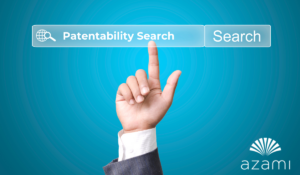